Home » News » The Drop: 5 strains that are hitting menus in August 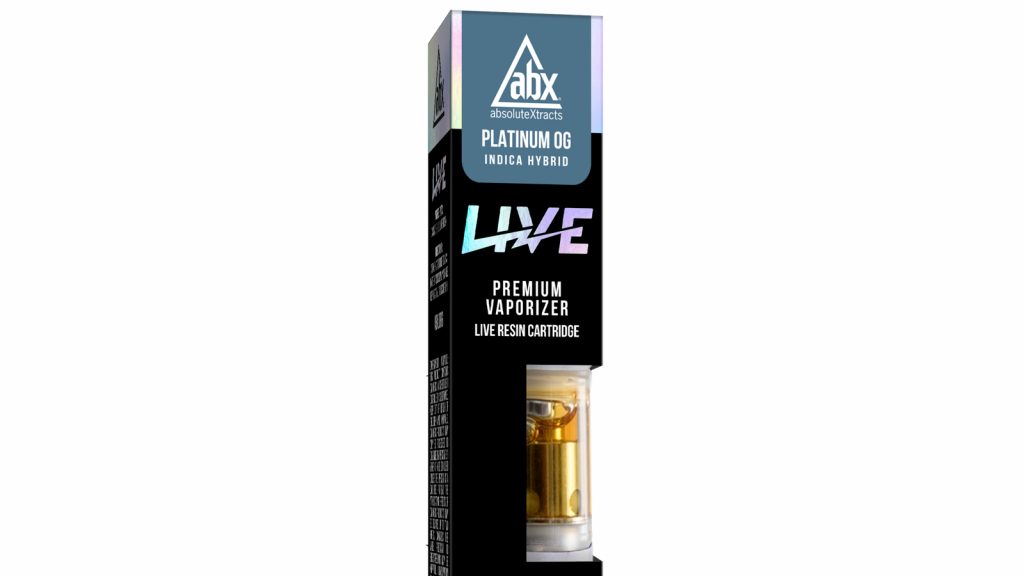 Another month, another round of new strains and products from some of your favorite brands. Let’s not even waste time with the intro, here are five new strains that will be hitting your local shelves in August.

AbsoluteXtracts —  ABX for short — is one of the leading concentrates brands in California with a full line of both dabs and vape carts. Recently, I reached out to see what ABX might have coming out on either front, and boy was I hype when I saw the words “White Rhino vape cart” fly back through email.

White Rhino is one of the most potent, sedative strains I’ve ever smoked as flower. So I already know it’s going to smack as a live resin vape cart too. It’s an indica-dominant hybrid that falls from a long line of Afghan, Brazilian, and South Indian landrace strains. Its top reported effects by Weedmaps reviewers are relaxed, happy, and euphoric.

Korova Unrivaled has been dropping heat for quite some time. They had people shook when those 40% THC Wonka Bars hit Instagram, and now in August, they’re coming with some more fire: Black Ice Cream from their Korova Cuts line.

Black Ice Cream (just typing that name makes my mouth water) was bred by Motherland Genetics, a Black-owned genetics research company in South Africa. It is a cross of Do-Si-Dos #18 and Gelato. Black Ice Cream buds have a thick coat of trichomes and kick out a mix of vanilla and sugar dough flavors, and as far as the effects go, I’m told that it’s a relaxing strain that was engineered to knock out pain, stress, and any other obstacle in your way.

On the terpene side of things, Black Ice Cream is dominant in caryophyllene, myrcene, and humulene. About the strain, Motherland Genetics said, “This was a cross we’ve always wanted to create. We used a selection of only the best genetics to create Black Ice Cream.”

Stone Road puts out fire concentrates. Coming up in August, the brand will be putting out a new strain of flower: Freakshow, originally bred by long-time grower Shapeshifter.

Stone Road shared, “When longtime grower Shapeshifter had several mutant seedlings with bizarre leaves appear in a batch of seeds, he did what most growers wouldn’t do: he kept them and grew them out. He liked the result so much that he decided to cross these mutants and select for unusual leaf shapes and patterns. Several generations later, with the help of the Humboldt Seed Company, Freakshow was born!”

Freakshow is a sativa-dominant hybrid that is derived from an unknown sativa BX4, and holds 15% – 20% THC. For some people, that THC number may look a little low, but real smokers know that you can’t judge quality solely off of THC percentage. Terpenes matter just as much. Put your nose to some Freakshow and those terps will kick out diesel and grapefruit flavors, with an interesting mix of banana and vanilla. The effects will hit you with a mild head high that’s excellent for daytime use. Look out for Freakshow on dispensary menus in August.

This one’s for my budget shoppers out there who are looking to balance quality and dollars. Union Electric may be the answer for you. Recently, I came across some Union Electric samples — it wasn’t the most flavorful, but still a great choice for the mid-tier shoppers who are looking for something to roll up and burn at whatever time of day.

In August, Union Electric is putting out a new strain: Papaya Punch. Papaya Punch comes from Oni Seed Company, and is a cross of Papaya and Purple Punch. It’s an indica-dominant hybrid with dense, bright lime-green buds and purple accents. Just like the name suggests, it has a mix of sweet and tropical fruit flavors. For my terp hunters, Union Electric’s Papaya Punch is dominant in caryophyllene, limonene, and humulene, followed by linalool, myrcene, and pinene. Its effects may leave you in a relaxed state of bliss.

Peep Papaya Punch on menus in August. If you can’t find it, Union Electric will also be putting out Starbird, Purple Punch, and Kind Bomb.

Willie’s Reserve puts out heat, I don’t care what anybody says. I’ve never had a bad experience smoking its weed in any state where I bought it in. So when I reached out to the folks at the company to see what may be dropping in Colorado, I was mad hype about the new cross they have coming in August: Spunday.

Spunday, grown by Indico Colorado on behalf of Willie’s Reserve, is a cross of two heavy hitters: Sundae Driver and Betty White. It has wicked bag appeal with buds that hold orange, green, and purple colors. According to Willie’s, Smoking Spunday will present you with an intense, yet smooth body and head high that will leave you ready to relax and unwind. The strain is great for both beginners and advanced consumers.

The post The Drop: 5 strains that are hitting menus in August appeared first on Weedmaps News.