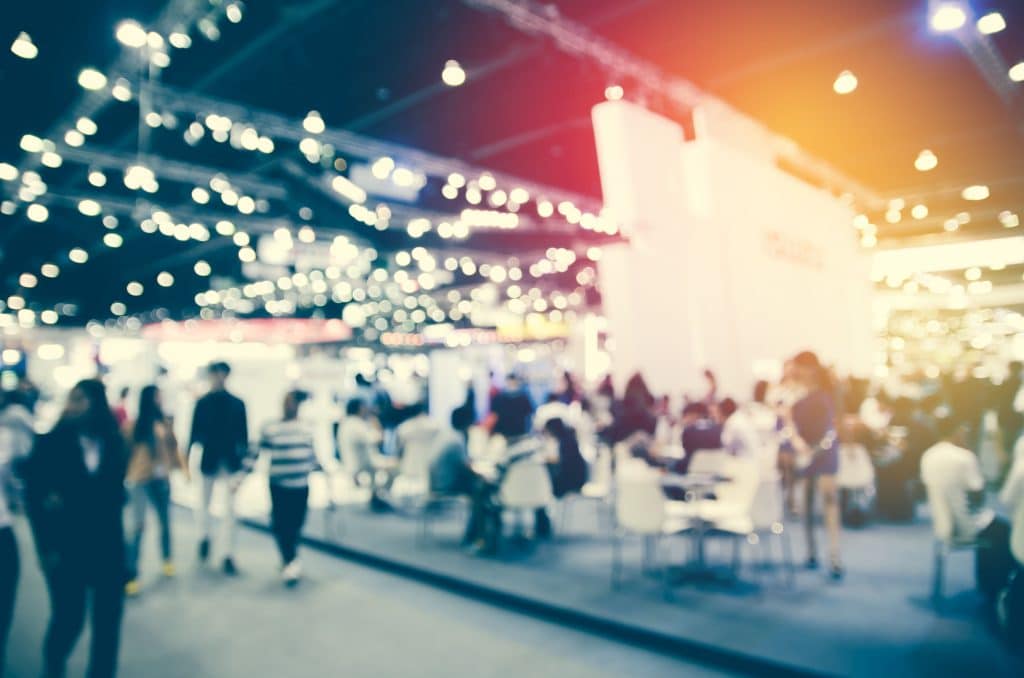 The biggest cannabis business convention happened in November, and it gave us some great insights into the current trends in the world of weed. It also emphasized where there is still some funky discombobulation in cannabis laws. Once again at 2022’s MJBizcon, there was still no THC on the floor, while alcohol was still openly sold.

There are three main reasons why it matters that MJBizCon didn’t allow THC, but did allow alcohol. The first is basic logic. What’s the point of going to a convention, where you can’t sample real products? And therefore, what’s the point of being an exhibitor, if you can’t really get consumers, or potential business partners, to really know what you’re making. This doesn’t apply to every company, or every part of the industry, but it applies to many.

Thanks for stopping by. Make sure to subscribe to the Cannadelics Weekly Newsletter to stay in-the-know; while also gaining access to sweet deals on cool products like cannabis flowers, vapes, edibles, smoking devices, other paraphernalia, cannabinoid compounds (like delta-8), and more. Come on, let’s all get stoned… responsibly.

Functionally, as a convention about weed, in a state where weed is legal for recreational use, it becomes absurd that actual weed products, couldn’t be sampled or sold. As in, the entire purpose for many people to be there, was hindered by not getting a good idea of what the specific offering was. And that also meant ruling out a lot of companies from even showing, as not being able to preview their actual products, would make attending such a convention unnecessary.

Plenty of what was there didn’t technically need weed. Apparatus for mass growing or packaging, branding companies, insurance… But even those selling rolling papers or vapes had no way for their specific products to be tested, and therefore separated in any way from everything on either side. Realistically, when having a convention for something, its best to have that something there. In places without legalization measures its more understandable when this doesn’t happen, but in Las Vegas…?

Maybe the bigger reason it matters that MJBizCon said no to THC, and yes to alcohol, is simply in the comparison it makes to a much more dangerous drug; which was openly sold and used, when weed products couldn’t be. Yup, I’m talking about alcohol. According to the CDC, in the US alone, alcohol kills about 140,000 people a year, while also being said to take as many as 26 years off a person’s life. While most of these deaths are not direct, they still make alcohol the #2 death-toll drug behind smoking.

Considering there is no death toll associated with cannabis, its odd that cannabis regulation often makes it harder to get to, than it is to get to the much more deadly alcohol. While real cannabis (and anything related to THC) was not allowed on the floor of MJBizCon, alcohol was openly sold and drank, sometimes right next to stalls where cannabis products were swapped out for fake plant material.

And while so much of the business industry focused on packaging (specifically child-proof packaging), a can or bottle of beer is still just as easy to open as a can of soda, and high proof alcohol requires nothing more than twisting a cap.

If you didn’t know better, and you saw this scene, you’d probably think cannabis actually is dangerous. And certainly way more dangerous than alcohol. In a scenario like this, without knowing more, it would appear that cannabis proposes incredible danger, while alcohol does not. Let’s remember, no one lives at that convention center, and everyone had to drive in if they didn’t get a ride, meaning plenty of people having drinks and driving back out. Seems like the convention organizers, and the state in general, were fine with that, but not with a person smoking a joint.

Let’s be honest, I complained about this last year. This problem has existed for as long as the legal weed industry has been around. And pretty much every place with a legalization, follows these same crazy guidelines, wherein cannabis use must follow weirdly strict regulation, whereas alcohol, doesn’t. From where its sold, to who can use it, to where its legal to use. All these favor alcohol consumption over cannabis consumption, yet alcohol has only medical detractions, while cannabis is also used as a medicine.

That’s right, it’s not just that its consistently shown to be way less dangerous than alcohol for recreational use (like, not even in the same category), but it also helms a massive and growing world of medical use. People depend on it to live. We have study after study talking of the benefits for both medical issues, and general health, and yet its still easier to buy and use alcohol.

How long does it take for logic to set in? Why haven’t these laws been updated at all in a place like Nevada that has recreational use? And for that matter, how is it still federally illegal, while alcohol is one of the most ubiquitous drugs around? How can we ever expect this industry to function better, when we can’t even get regulators to regulate the industry honestly? It’s been years since many states passed measures, yet this inconsistency in regulation, never seems to go away. And when the biggest business convention, MJBizCon, says no to THC, while allowing alcohol, we know there really is a problem.

Why it REALLY matters at MJBizCon

This harks back to the first reason, but its an incredibly important point to make. MJBizCon is for the promotion of the weed industry, and all the businesses therein. It’s not a school, or a playground, or a bingo game. It’s a convention set up by industry insiders to help empower those in the industry by setting up a way for them to make new connections, and learn more about the industry.

In that sense, MJBizCon comes to represent the industry. And it’s not put on by parent groups, or teachers, or politicians. It’s put on by a weed-centered publication, and weed-centered businesses. Which makes me wonder how these proponents of weed, are okay with having this scenario. Why didn’t it come up as a major point of conversation?

Why didn’t we all sign a petition to get things to change? Why are we so complacent with having logic ignored in the face of nonsensical federal law? Am I the only person it occurs to that this inconsistency, when not focused on and fixed, just leads to more future inconsistencies?

It’s important for those within the industry, to stand up for it appropriately. That this issue has never been brought up at the convention, is sad to me. That there seems to still be a misunderstanding about these dangers in government regulation and statements, is sad to me. It means organizers are more interested in making a buck off alcohol sales, than working to make sure the public at their events is understanding of the regulation issue.

As long as nonsensical laws aren’t challenged, it means they’ll just continue on. Weed prices might have gone down in some places despite ridiculously high taxes, but that has more to do with overproduction driving down prices, than a realization that such heavy taxation, particularly sin taxes, make the industry less appealing than the black market. In the case of alcohol vs weed, we already have plenty showing us the danger of one, and the benefits of the other, yet the lack of consistent regulation, is constantly ignored, even though it too, hurts the industry.

MJBizCon was a great time, but it still represents through its barring of THC and allowance of alcohol sales, that the weed industry is very unevenly regulated, especially compared to the alcohol industry. Will this ever change in the future? We’ll have to wait and see.

Welcome everyone!! Thanks for making your way to Cannadelics.com; a news platform where we work hard to bring you the best cannabis and psychedelics reporting, in the industry today. Join us frequently to stay updated on everything important, and sign up to our Cannadelics Weekly Newsletter, to ensure you always know what’s going on.