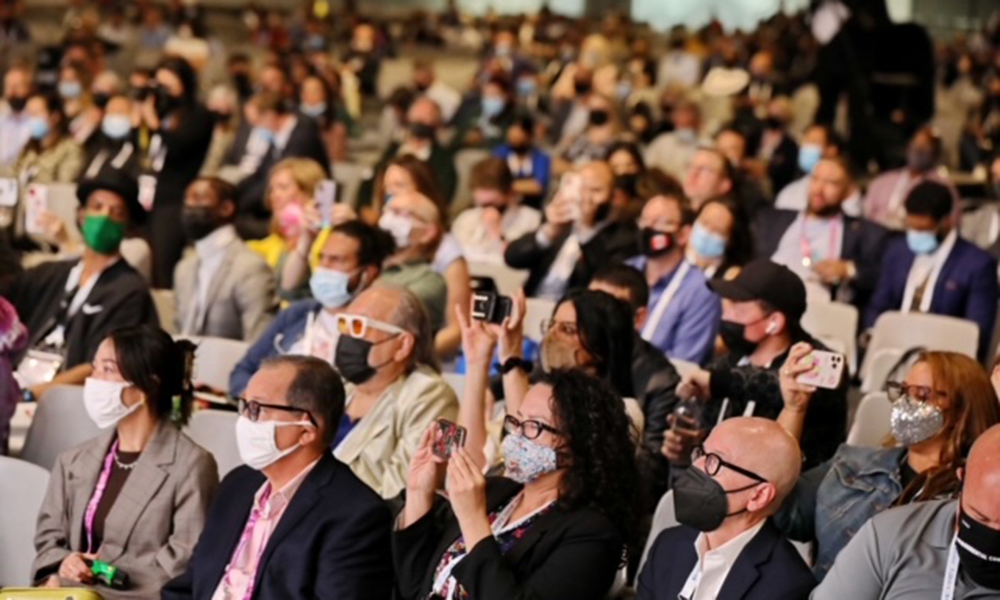 As CEO of MJBizCon, the largest cannabis industry trade show in the world, Chris Walsh sure looks like a happy man past the halfway mark of this year’s iteration of the must-attend expo.

“I’m excited,” he said, looking around at the more than 1,000 exhibitors spread out over the cavernous 250,000 square-foot Las Vegas Convention Center. Just as he says this, boxing icon and cannabis super entrepreneur Mike Tyson walks by with a small army of security guards and handlers en route to the Futurola booth (the former heavyweight champ signed the first international cannabis co-branding deal for Tyson Farms with the Dutch company in 2019).

In 2021, for the first time in its history, the city of Las Vegas designated “MJBizCon Week” as the conference continues to earn its reputation as a best-in-class expo. In fact, many continue to refer to MJBizCon as the “Comic Con of weed” for its scope and importance to the cannabis industry.

As for this year’s conference, the first in two years due to the global pandemic, Walsh is clearly pleased.

“The enthusiasm at this year’s event is off the charts,” he said. “Not only is excitement a couple of levels higher than ever before, but so many of the attendees this year are the true decision makers in the industry. More than ever, the leaders of these companies are here in person.”

When asked about any lingering misconceptions about MJBizCon out there, Walsh shrugs his shoulders and said, “Some people believe that MJBizCon is a stereotypical stoner event or festival — and that couldn’t be further from the truth.”

As evidenced by Tyson’s entrance moments earlier, Walsh says that a few years ago when rock legend Gene Simmons attended the award-winning conference that, too, created quite the stir. “He was something else,” Walsh said.

Walsh, who’s also the founding editor of the conference’s publication, “MJ Biz Daily,” says he’s very happy the conference is Las Vegas-based, but there may be a chance of expansion outside the U.S. “Right before the pandemic, we were having conversations about possibly holding events in Bogotá, Copenhagen and Canada. We’ll see what happens.”

When asked for something he hasn’t told anyone yet about this year’s conference, the executive laughs and says, “Well, let me think about that for a moment. I’ve had 17 Red Bulls since the event started, and I should hit 19 by the end making it approximately a 27% increase from the number I had in 2019.”

As Walsh concludes the conversation, the glint in the executive’s eye can’t be denied: MJBizCon is back—and how.