As legalization continues throughout the country, more discussions are happening about one sore spot in the cannabis space: Child Protective Services’ involvement, which often creates destructive change. Sara Arnold aka Sahra Kant, understands the horrifying damage CPS can cause more than most, having dealt with them four times. The fourth CPS visit was the day after the death of Arnold’s daughter Liberty, continuing to investigate her family for six weeks.

During this extremely trying time, Arnold didn’t see any support from the cannabis community, despite the tireless activism work she put into the space. Arnold has been talking about CPS for almost a decade, first under a pseudonym (Sahra Kant), and then as the co-founder of Family Law Cannabis Alliance (FLCA). The same week Arnold took part of a front cover Time article about women activists in cannabis, her daughter Liberty was diagnosed with DIPG brain cancer.

“Over four times dealing with CPS, I learned that parents are often alone in it,” Arnold tells High Times, “There is little to no legal help, and what exists often costs far more than parents are able to afford.”

She points out that there is no burden of proof on the part of CPS, something she saw firsthand when she got the call that she would be dealing with the agency for her and her daughter’s medical cannabis use.

“CPS is a Kafkaesque system where parents have to be compliant or risk further steps taken against them, by some people who, even in fully medicalized and legalized states, consider cannabis to be as dangerous a drug for parents to use as heroin.”

Arnold points to the stigmatization that is specific to dealing with CPS, saying that the process makes parents feel like second-class citizens. While marginalized communities are targeted for possible “drug” use, no parent can really protect themselves against the interference of CPS. She says that upper-middle-class white parents may feel a sense of freedom in legal and medical states because they are ignorant to the fact that the agency can and will involve itself in their lives at the slightest provocation.

“Parents of color, those on Medicaid, parents with any kind of disabilities or mental health issues are quite aware that their cannabis use can still result in stigma and interdiction by CPS,” Arnold said.

Because cannabis is illegal on a Federal level, CPS has the authority to consider it as something that could potentially endanger the well-being of a child. While certain legislation like California’s Proposition 64 and its subsequent amendments may allow for certain protections for medical cannabis patients, it is still CPS’s role to determine if there is neglect. CPS involvement can occur because something as simple as a cannabis smell coming from a purse or clothing can motivate someone call in a complaint.

Once CPS (or Department of Children and Families, depending on the state) opens a case, the investigation process begins a personal survey of family, sexual, physical and mental histories, among other intimate inquiries. The parent then must wait anxiously for weeks to know the next steps, which can include addiction treatment and other interventions that seriously disrupt family life. In many cases, parents lose their jobs while trying to regain custody, because they are forced to enter some sort of rehab which is time-consuming and costly.

Additionally, parents who have a medical need for cannabis are forced into cessation, which can result in loss of income and the ability to supply the best care for their child. In her article titled The Shocking State of Cannabis-Related Child Protection in Massachusetts, Arnold makes it clear that CPS is allowed to adopt a child to a foster parent if the child is taken out the biological parent’s care for being in CPS custody for six months out of the previous twelve months if under the age of four.

The months in foster care don’t have to be consecutive, and CPS can allow a foster parent or alternate caregiver to adopt if a child creates a bond with them. Reports to the agency can occur because of prenatal testing showing cannabis use, or because individuals who consider themselves “mandated reporters” call anonymously, but it can also be anyone who opposes cannabis. The Department of Health and Human Services (DHHS) outlines prenatal exposure to illegal drugs or substances as neglect or abuse, and many mothers have to deal with losing custody the minute their baby is born.

For parents dealing with this precarious situation, Arnold co-founded the FCLA, which gave cannabis users invaluable resources and connections to legal professionals. In addition to detailed state profiles outlining current custody and cannabis laws, the FCLA has a guide on dealing with CPS, an extensive collection of cannabis research, and has created language that shaped legislation.

“We provided direct service to those in need as well as significant amounts of state-based legal analysis, a legal network including referrals, and even model language for parent-protective provisions in legislation (drafted by 2 well-known cannabis attorneys in addition to myself), among additional resources.  Our model language is in a few bills, including the legalization law successfully passed in Massachusetts”, Arnold said.

Unfortunately, because the cannabis community support is lacking, FCLA is shutting down, becoming an archived educational and historical resource. While Arnold is discouraged by the lack of public conversation surrounding CPS involvement, she appreciates that other people are doing the work. One of those people is Marissa Fratoni, a cannabis nurse, educator, and advocate who helps parents make informed decisions about cannabis use. On her blog, Holistic Nurse Mama, Fratoni discusses things like the health effects and benefits of using cannabis, but says that the greatest risk for parents (using cannabis) is the possibility of CPS involvement.

“I feel that parents cannot make informed decisions about cannabis use without having thorough understanding of the social and legal consequences they may face as cannabis users,” Fratoni tells High Times, “I do my best to fill these gaps for parents who reach out to me either by directing them to a resource on my blog, or by consulting with them through Cannamommy.org.”

Cannamommy.org is another resource for mothers who use cannabis, offering an online clinic and other educational resources. Tokeativity is a global community (both online and physical events) that offers an online forum and social media platform for cannabis-consuming mothers to discuss the complexities with each other privately, and hosts events for the purpose of empowering mothers to medicate with cannabis. Americans for Safe Access has a helpful guide for how to deal with CPS intervention, along with other legal resources.

While there are limited resources available, the overall outlook of cannabis use and custody stays dim as long as CPS has the power to predict the outcome. In the meantime, the conversation surrounding this issue needs to become more mainstream so that activists can flourish and continue to build on available support systems.

The post How Intrusive CPS Visits Led To The Formation of The Family Law Cannabis Alliance appeared first on High Times. 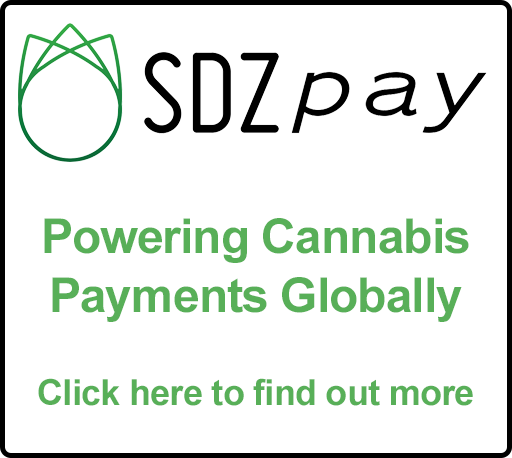