Home » News » How Did ScottsMiracle-Gro Become a Cannabis Power Player? 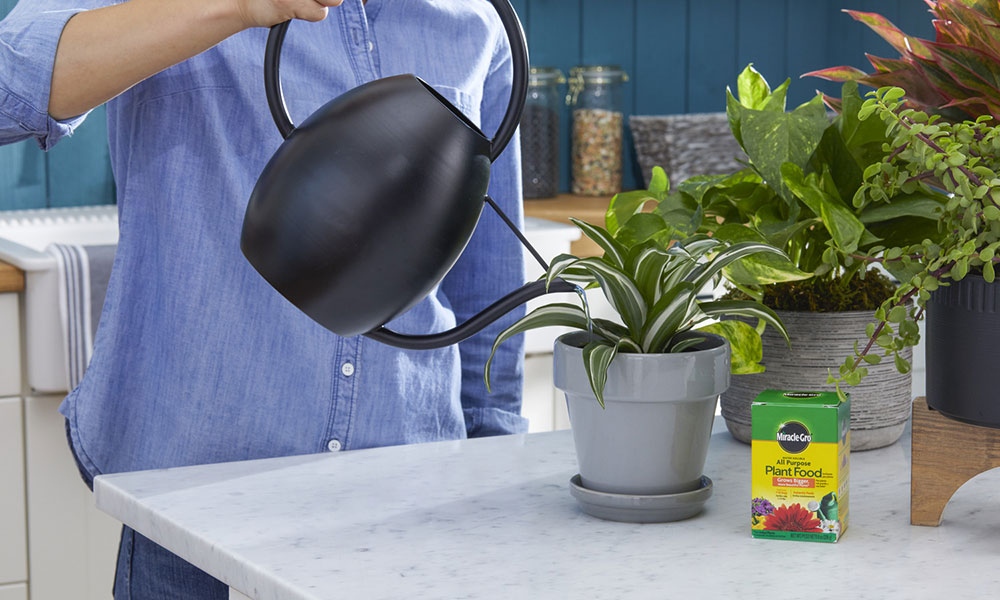 Cannabis legalization continues to make headway in the US and beyond, creating economic opportunities for companies in a host of industries. Much of the investment in the cannabis economy has been put into new companies that do the bulk of marijuana cultivation, processing and sales—some of which have grown into large operations spanning numerous states. But increasingly, more mature companies are taking the dive into cannabis, often through ancillary businesses that serve the needs of plant-touching operations. An early adopter of this business strategy is ScottsMiracle-Gro, a 154-year-old firm that is a staple of American garden centers.

ScottsMiracle-Gro is probably best known for the fertilizer and weed killer combo found in the lawn spreaders of millions of suburban dads and the plant food in the watering cans owned by a similar number of grandmothers across the country. But over the past decade, the company has been taking a deep dive into cannabis, with its subsidiary Hawthorne Gardening Company picking up leaders in marijuana grow lights, nutrients, hydroponic supplies and more. And recently, Scotts has been lobbying for the legalization of marijuana at the federal level. This is a prospect that Chris Hagedorn, executive vice president of ScottsMiracle-Gro and president of the Hawthorne division, says is inevitable.

“It’s our belief, and this isn’t a grand revelation by any stretch: Federal legalization is obviously going to happen; the question is when and how,” Hagedorn told CNN in a recent interview. “When it does, what are the most valuable assets going to be in a post-legalization world? I think anybody who thinks about it for a while says consumer-facing brands [that make and sell cannabis products] will be the most valuable.”

Back in 2011, ScottsMiracle-Gro CEO Jim Hagedorn, Chris Hagedorn’s father, told the Wall Street Journal that he saw opportunities for the company in the emerging legal cannabis sector.

“I want to target the pot market,” he said. “There’s no good reason we haven’t.”

As a publicly traded company, ScottsMiracle-Gro wasn’t able to delve into the heart of legal cannabis with operations in marijuana cultivation, processing or sales because of the federal illegality of the plant. Instead, the company went shopping for companies serving the burgeoning market. In 2013, the company began its new venture with a $4.5 million investment in the Colorado-based indoor gardening products company AeroGrow.

“We see long-term opportunity in using AeroGrow’s technology to grow the indoor gardening category, as well as in expanding the ‘seed pod’ technology outdoors,” Jim Gimeson, then senior vice president and general manager of gardens at ScottsMiracle-Gro, said in a statement. “In addition, we see an opportunity for these products to perform well in international markets where indoor plants are very popular with consumers.”

Since then, ScottsMiracle-Gro’s jump into the cannabis industry has continued with notable ancillary companies, including nutrient and indoor gardening supply firm General Hydroponics, grow light manufacture Gavita and nutrients maker Botanicare all becoming part of the Hawthorne family of brands. Scotts’ focus on companies that offer products attractive to commercial cultivators and home growers positioned it well to survive the pandemic, a time when garden centers and home improvement retailers saw strong sales.

“If people are stuck at home, what are they going to do? They smoke a joint and go garden,” Chris Hagedorn said. “And that’s pretty much what happened, so the consumer business [of Scotts] saw a huge boost; we did as well.”

In it for the Long Haul

Last year, the Hawthorne division’s sales amounted to $1.4 billion, 30% of Scotts’ total sales. In 2019, Hawthorne was responsible for a fifth of ScottsMiracle-Gro’s sales, rising to a 25% share of the company’s revenue in 2020. But supply chain issues and other economic factors have led to a slump at Hawthorne, with sales dropping 44% to $202.6 million during the second quarter of this year.

“The current slowdown is really the result of a perfect storm that’s hitting growers hard,” Chris Hagedorn said. “There is oversupply in key markets such as California and Oklahoma, and inflation is causing increases in the cost of raw materials and services. We expect the industry to bounce back as these key markets work through the excess supply and as new markets come online in the Northeast over the next 12 to 18 months.”

The drop in sales has led ScottsMiracle-Gro to cut its guidance for full-year revenue and adjusted earnings. The company said it expected US consumer sales to decline between 4% and 6%, with Hawthorne sales expected to drop 40% to 45% for the year ending Sept. 30.

“The revised guidance we’re providing is our best estimate of where things currently stand in a fluid and rapidly evolving market,” Jim Hagedorn said last week. “While we are striving to deliver the best outcome for fiscal 2022, our focus is shifting toward the future.”

ScottsMiracle-Gro is also now testing the waters for an eventual plunge into the plant-touching side of the cannabis industry. In March, RIV Capital Inc, a cannabis investment firm backed in part by Scotts’ subsidiary The Hawthorne Collective, had entered an agreement to acquire New York-based licensed cannabis cultivator and retailer Etain.

Andrew Carter, an investment analyst who follows ScottsMiracle-Gro for Stifel, said he believes the company is well-positioned for the long term.

“Absent some kind of change at the company, I’d argue that they’re going to be a big player in cannabis, somehow, some way,” Carter said.

Chris Hagedorn says Hawthorne will continue its expansion into the cannabis industry.

“I hope we’ll be among the leaders,” he said. “If not, I’ll be disappointed in myself.”

The post How Did ScottsMiracle-Gro Become a Cannabis Power Player? appeared first on Cannabis Now.