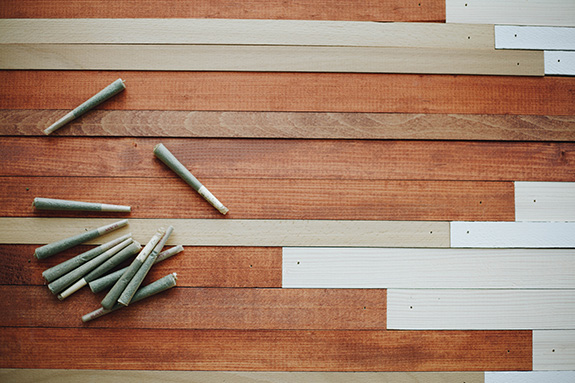 These headlines are brought to you by Atlantic Farms, a Maine-based multistate cannabis business with operations in Maine and Massachusetts. Open up TheAtlanticFarms.com for more on the company!

The White House approved plans to regulate hemp and its derivatives on Friday Oct. 25, signing off on interim final rules for the crop that were submitted by the U.S. Department of Agriculture (USDA).

USDA has been working to develop hemp regulations since the crop was federally legalized under the 2018 Farm Bill in December. A top official with the department said in early October that rules would be released within weeks and, since then, the White House Office of Management and Budget (OMB) has finalized its review of the proposal.

The development was first reported by Politico.

While details of the plan are yet to be seen, they’re expected to provide clarity on a wide range of hemp-specific policies such as THC potency testing guidelines and quality control standards. The rules will be released for public comment shortly.

Hemp farmers have been anticipating the regulations for months, as USDA officials have repeatedly pledged to issue them ahead of the 2020 planting season. On Oct. 23, Reps. Chellie Pingree (D-ME) and Jared Golden (D-ME) sent a letter to USDA urging the department to “expeditiously finalize the hemp rules,” per the obligations of the farm bill.

Maine’s hemp economy is growing rapidly, but a lack of clarity in federal regulations is hurting growers. @RepGolden & I wrote to @USDA again and urged the agency to finalize federal hemp regulations and protect growers so businesses can operate without uncertainty. pic.twitter.com/zX9VPchDrY

“During these difficult economic times for farmers, hemp provides a promising market for farmers in Maine and across the country,” the duo wrote. “We respectfully ask that you expedite the interim final rule on hemp so that this growing industry is not further stifled by regulatory uncertainty.”

That’s the latest in a series of inquiries that lawmakers have submitted in order to give the hemp industry needed clarification.

Following the finalization of the rules, USDA will begin approving state regulatory plans.

USDA has already taken a number of steps to provide guidance to hemp manufacturers as it crafted its interim rules. For example, the department has clarified policies governing the importation and exportation of hemp seeds and plants. It also announced in August that hemp producers operating under the 2014 Farm Bill are eligible for federal crop insurance, with plans to expand coverage once final rules are approved.

The department also said in April that it is accepting intellectual property applications for seed-propagated hemp.

Meanwhile, there’s additional pressure on the Food and Drug Administration (FDA) to enact regulations for hemp-derived CBD products, with lawmakers such as Senate Majority Leader Mitch McConnell (R-KY) and Senate Minority Leader Chuck Schumer (D-NY) imploring the agency to develop alternative rules providing for the lawful marketing of such products as food items and dietary supplements.

FDA officials have said that developing rules for the non-intoxicating cannabis compound could take years without congressional action.

This article has been republished from Marijuana Moment under a content-sharing agreement. Read the original article here.