There is a pet boom going on. With these new friends, there are some considerations and precautions when it comes to cannabis around pets. To start, we could first look at how a pet’s body reacts to cannabis consumption. Like with humans, cannabis can affect the neurochemistry of cats and dogs. Furthermore, consumption often happens […]

In Canada, you can legally buy a joint but there are few places where you can smoke it. At first glance, the issue might seem like a low priority when in fact it’s actually anything but. Smoking weed indoors is a luxury for some and a necessity for others. Clean air bylaws, strata councils and […]

If you are a concerned pet owner, you might have heard about CBD. Many people around the world use this non-psychoactive substance to keep their pets happy and healthy. However, you might not know that CBD oil can also help your cat cope with anxiety and some other issues. If your cat is aggressive, hides […]

According to Sigmund Freud, the only unusual sexual desire was to have none whatsoever. Everything else is just a matter of personal preference. If everyone emulated that mentality, our sex lives would all be happy ever after. However, for one reason or another, we get shy about our kinks and this is a shame. Being […] 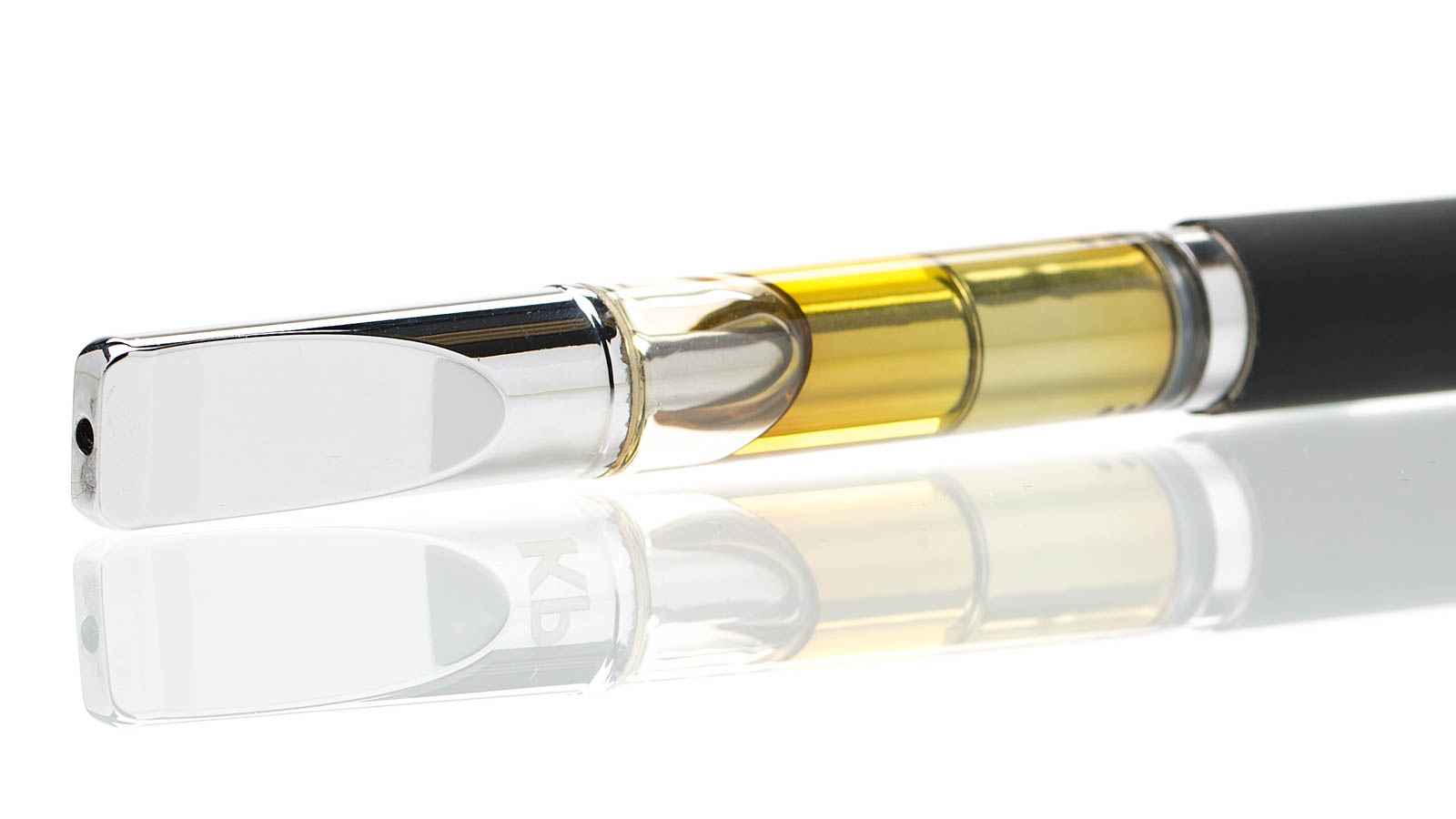 After dozens of people across the Midwest and California were sickened as a result of vaping cannabis or e-cigarettes, consumers, vape makers, and retailers alike have to be aware of how products are made and where they were made.

Vape pens have surged to new heights on the marijuana mountain by offering a portable and discreet way to consume THC or cannabidiol (CBD)-heavy concentrates.

But there have been serious health and safety concerns associated with vaping technology, first in the e-cigarette industry and later in the cannabis industry. Nearly three dozen young people in the upper Midwestern U.S. and California were hospitalized for severe respiratory problems after vaping nicotine or cannabis, The New York Times reported on Aug. 14, 2019. Three days after that report, the Center for Disease Control and Prevention (CDC) stated that it had identified 94 possible cases of vaping-related severe lung illness in 14 states.

In one Illinois case, an adult patient hospitalized for vaping-related respiratory distress died sometime in August 2019, the Chicago Tribune reported Aug. 23, 2019, though state health officials did not divulge further details.

Trendy as they may be, vape pen cartridges are still the new kid on the cannabis block. This recent emergence, akin to the rise of e-cigarettes, has researchers scrambling to find out the long-term health effects of vaporization. Meanwhile, many states which have legalized cannabis are still refining testing requirements. The lack of insight into vaping has left many cannabis consumers to wonder whether their vape cartridge is safe to consume.

In May 2019, Weedmaps published a guide to help readers understand what vape cartridges have in them and how to spot and avoid counterfeit cartridges that could be potentially harmful. In one of the respiratory cases, a Wisconsin patient who fell critically ill but recovered purchased a device off the street, his brother told NBC News. The information below is republished from the May article and updated where necessary.

What’s Inside Your Vape Cartridge?

While there are plenty of vaporizers that can be used to consume flower and concentrates, the most popular device style to emerge from the vape clouds is the portable penlike design. Vape pens are designed to vaporize cannabis oils and distillates.

A vape pen comprises two primary components: a battery and the vape cartridge. The battery consists of the bottom portion of the vape pen, providing power to the heating element, which vaporizes the cannabis oil contained inside the vape cartridge. Most vape oil producers will tell you which voltage is compatible with the selected cartridge. These devices come in many shapes, sizes, and styles. Some vape pens have a button that activates the vape cartridge, while others are buttonless and only activated once the user takes a draw.

Vape cartridges include a mouthpiece, chamber, and heating element known as an atomizer. The chamber is filled with concentrated amounts of cannabinoids, usually either THC- or CBD-dominant, and terpenes. The atomizer is activated when contact is initiated with the battery, heating up the chamber and vaporizing the cannabis oil.

Cannabis vape oils that fill vape cartridges are usually created through a process called distillation, which strips the cannabis molecules down to just the cannabinoids. So, what about unique flavors that are defined by the plant’s terpene profile found in the aroma of fresh cannabis flower? All of that is stripped away during the distillation process. Some cannabis oil producers will collect the cannabis-derived terpenes during the process and reintroduce them into the oil, allowing the distillate-filled cartridge to be strain-specific. More commonly, the terpenes used to flavor distillate are derived from other natural plants.

Are There Contaminants in Your Vape Cartridge and Pens?

The most prevalent problem on the illegal vape market are concentrate cartridges that contain high levels of pesticides. When consumed at concentrated levels, inhaled pesticides cause health problems. To ensure that vape cartridges don’t contain hazardous pesticide level, it’s important to purchase from reputable brands that disclose third-party test results and include screening for pesticides.

Cutting agents can be added to enhance the intensity of the vapor cloud and overall mouthfeel of the vapors. Common cutting agents that are sometimes infused with cannabis oil and e-cigarette vape juice include:

Although the Food and Drug Administration (FDA) has labeled these cutting agents as safe for human ingestion, questions remain about what happens when these compounds are inhaled. A 2010 study, published in the International Journal of Environmental Research and Public Health, found that inhaling PG could potentially exacerbate asthma and allergies. Additional research also suggests that, when vaporized at high temperatures, both PEG and PG breaks down into the carcinogens formaldehyde and acetaldehyde.

There is a steadily rising number of cannabis oil producers that insist on not adding any cutting agents to their product. If you’re concerned about the potential harm of these cutting agents, seek out raw products that only contain cannabis distillate and cannabis-derived terpenes.

It’s not just the cannabis oil that is at risk of contamination. In a 2018 study conducted by scientists at Johns Hopkins Bloomberg School of Public Health in Baltimore, researchers discovered that unsafe amounts of toxic metals, including lead, were leaking from the heating coils of e-cigarettes and seeping into the aerosol that was inhaled. As the FDA continues to grapple with how to properly regulate e-cigarettes and vape pens, it’s up to vape cartridge manufacturers and testing labs to catch potentially hazardous products.

“Metal concentrations in the e-liquid from the original dispenser increased markedly in the same e-liquid after it was added to the device and was brought into contact with the heating coil, both in the generated aerosol and in the liquid that remained in the tank,” the study stated. “These findings support the hypothesis that metals are transferred from the device (most likely the coil) to the e-liquid and from the e-liquid to the aerosol that is inhaled by the user.”

A large portion of vape cartridge components are produced at metal foundries in China, many of which add small amounts of lead into brass and copper feedstocks to improve the malleability of metals. This includes the heating coil, which heats up the cannabis oil, potentially transferring toxic metals into the consumer’s vapors.

As lab testing requirements have been bolstered in California, scientists have been able to identify vape cartridges that contain high levels of lead before they reach the legal market. The California Bureau of Cannabis Control implemented Phase 3 testing standards on Jan. 1, 2019, which included analytical testing for heavy metals.

How to Tell if Your Vape Cartridge is Legit or Counterfeit

Another consequence of the vape pen’s rising popularity is the steady stream of fake THC cartridges that have flooded the market. Some of the industry’s most recognizable brands, such as Connected Cannabis Co., Heavy Hitters and Kingpen, have battled against counterfeit vape cartridges. These counterfeit cartridges are being sold with similar branding, logos, and packaging as some of these producers, making it difficult for the average consumer to tell whether they’re buying legitimate products.

The potential dangers of consuming oil from a counterfeit vape cartridge are pretty straightforward. For starters, it’s nearly impossible to tell what’s inside of the oil without getting it lab tested. Since these counterfeits are likely bypassing state testing regulations, there’s no way of telling, without proper laboratory testing, if there are cutting agents, contaminants, or even actual cannabis-derived oil in the cartridge.

Many cannabis oil manufacturers have been proactive in helping consumers identify whether they have purchased a legitimate vape cartridge. For instance, Heavy Hitters, the California-based cannabis vape cartridge producer, has shared a list of authorized retailers on its website, and also have an online form where customers can report counterfeits. Kingpen, another vape cartridge producer in California, has used its social media presence to raise awareness and campaign against counterfeits.

In legal states and provinces, the best way to thwart the counterfeit vape cartridge epidemic is to purchase products from reputable retailers or dispensaries. Unfortunately, this isn’t a viable option for cannabis consumers living in areas where recreational cannabis is still illegal. Still, there are certain precautions one could take to reduce the chances of purchasing a counterfeit vape cartridge.

When ordering or browsing cannabis products on Weedmaps, for instance, you can limit your search results to only display Weedmaps Verified products. This feature will show which storefronts and delivery services have been authorized to sell vape cartridges from reputable industry brands, guaranteeing that you get legitimate products from proper sources.

If the price of a branded cartridge is significantly below market price, that could be a red flag. Avoid purchasing cartridges that are sold without any packaging. If you have a vape cartridge that you suspect might be counterfeit, go to the manufacturer’s website and compare your cartridge with legitimate products. There could be a serial number, QR code, or certain stylistic differences that will help you decipher whether you have a real cartridge. Additionally, a quick Google search about a specific brand should unearth a number of resources that will distinguish real vape cartridges from counterfeits.

Feature image: Devices for vaping cannabis and e-cigarettes may have contributed to dozens of respiratory illnesses in Midwestern states and California, public health officials have warned. Some of the devices may have been illegally made or sold. (Gina Coleman/Weedmaps)

The post Here’s How to Tell if Your Vape Cartridge is Safe and Not Counterfeit appeared first on Weedmaps News.