Forget going through the trouble of growing mushrooms. Researchers at Miami University in Oxford, Ohio have figured out a way to mass produce psilocybin using bacteria. And they say they’re yielding quantities of the therapeutic compound that would otherwise require some serious square footage, not to mention many months, to yield from mushrooms. But this isn’t a synthetic or artificial process. Instead, the team of researchers—undergraduates led by assistant professor Andrew Jones—turned to a common laboratory method: splicing DNA.

After isolating the DNA sequence behind the production of psilocybin in mushrooms, the team did a simple copy/paste, splicing the mushroom DNA into the genome of E. coli. Then, they sat back and watched the E. coli work its mushroom magic, following the DNA’s instructions to produce psilocybin.

“Once we transferred the DNA, we saw a tiny peak emerge in our data,” said Alexandra Adams, a junior chemical engineering major and lead author of the study presenting the groundbreaking work. “We knew we had done something huge.”

And something out of a sci-fi novel, too. By imbuing the humble E. coli bacterium with the psilocybin-producing power of a fungus, the researchers made the jump between two completely distinct domains of life. They may also have developed a method for producing psilocybin that overcomes the natural limitations of cultivating mushrooms and the exorbitant expense of synthetic chemical production methods.

Genetically engineering E. coli to make psilocybin was only half of the puzzle, however. The other half was figuring out how to kick the E. coli into overdrive so that it didn’t just produce psilocybin, but produced a ton of it. That took several months of experimenting, and the team is still tweaking the setup to find the optimal conditions for E. coli to produce the compound.

How optimal? The newly-published study, which appears in Metabolic Engineering, says the experiments are now yielding gram-scale production—1.16 grams per liter, to be exact. “Over the course of this study we improved production from only a few milligrams per liter to over a gram per liter, a near 500-fold increase,” said Jones. With that kind of speed and scale it’s possible to conceive of a future with legal and economically mass-produced psilocybin.

Psychedelic mushrooms, plants, and cacti, or more specifically, the compounds in them—DMT, psilocybin, mescaline—are gaining increasing recognition and legitimacy as therapeutic, medicinal substances. There are currently a number of clinical trials underway to investigate the potential use for psychedelic compounds in the treatment of addiction, depression, post-traumatic stress disorder and other mental health conditions. Recent studies have shown how therapeutic doses of psychedelic substances can heal and regenerate brain tissue and help treat mental illness. Other studies show how psychedelics can help with wean people off of highly addictive drugs.

Researchers are likewise turning their attention to the ways psychedelic experiences expand consciousness and improve mental health. Indeed, the use of psychedelics dates back millennia, and they have been central to the spiritual and healing practices of many cultures. Now that more medical professionals are beginning to take psychedelics seriously, chemical engineers and research scientists are getting to work unlocking their vast potential for human health and wellness. 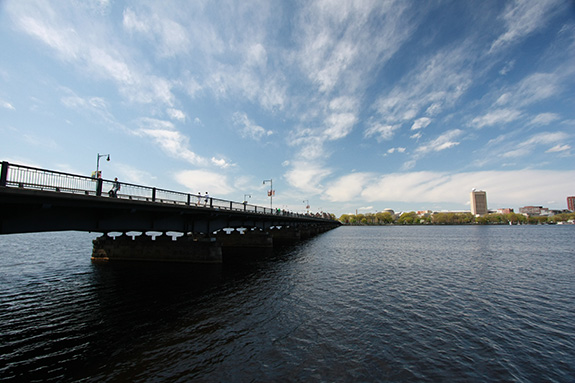 Today’s headlines are brought to you by our friends over at Eaze.com, California’s top one stop website for legal marijuana delivery. If you live in the golden state, swing over to Eaze.com to see if they are active in your area. With deliveries taking place in less than an hour, it’s never been easier to get legal California marijuana delivery. And of course, if you don’t live where Eaze delivers, you can still benefit from all the useful bits of industry insight and analysis they’ve developed using their properly aggregate and anonymized sales data stream.

// Twice as Many Americans Use Cannabis for Medicine Over Recreation, Study Says (Merry Jane)

One of the United States’ most respected medical institutions has announced that it will be sinking its teeth into the field of psychedelics research. Johns Hopkins University will form the Center for Psychedelic and Consciousness Research, funded by $17 million in donations from private sources. It may well be the largest research facility in the world to focus on the study of psychedelics.

“Our scientists have shown that psychedelics have real potential as medicine, and this new center will help us explore that potential,” said Paul B. Rothman, who is the dean of the medical faculty at Johns Hopkins University’s School of Medicine.

The school has maintained a group to research psychedelics since 2000, but this latest move will allow it to conduct more substantial investigations.

Primary among its study priorities will be the effects of psilocybin on the brain and body — specifically, to see whether the substance could be of help in treating health conditions like opioid addiction, Alzheimer’s disease, post-traumatic stress disorder, post-treatment Lyme disease, and anorexia. The center will also explore whether there is a link to treating depression-concurrent alcoholism with medicinal psilocybin.

2019 has been a banner year for expanding access to psychedelics. In May, Denver voters approved Initiative I-301, which decriminalized the possession of mushrooms and bans financial penalties for their use and possession. Then in June, Oakland, California decriminalized entheogenic plants, which include the iboga plant and magic mushrooms. Though the plan doesn’t allow for the sale of such substances, the City Council hoped that it could lead to easier use of the drugs for therapeutic purposes.

Those legal measures come at an opportune time, as interest in psychedelics as medicine is growing far beyond the walls of the country’s medical universities. The People of Color Psychedelic Society is one such group of individuals interested in exploring and preserving psychedelic cultural history. The organization launched a campaign in 2018 to digitize the archives of María Sabina, a Mexican psychedelics healer.

If your interest is piqued by the powers of ‘shrooms and other mind-altering drugs, there are several conferences dedicated to programming on the subject. The grandmother of these events is the International Psychedelic Science Conference. 2018 saw the birth of the Los Angeles Psychedelic Science Symposium, and this year San Francisco hosted the Queering Psychedelics conference, which specifically looked at the beneficial effects that psychedelics can have for the LGBTQ community.

The Center For Psychedelic And Consciousness Research is the continuation of Johns Hopkins’ ongoing interest in psychedelic research. The school was the first in the country to get approval from the US government to conduct psychedelic testing on individuals who had not previously used the drugs. Such studies have been lauded for helping to push the federal government towards a more humane approach to psychedelic access.

“The group’s findings on both the promise and the risks of psilocybin helped create a path forward for its potential medical approval and reclassification from a Schedule I drug, the most restrictive federal government category, to a more appropriate level,” the university announced in a press release.

As cannabis reform inches its way across the world, many activists, advocates, doctors, and scientists are now looking at another currently-illegal substance with potentially game-changing applications- magic mushrooms, aka psilocybes. Across North America, that push has already begun in a very big way- Denver and Oakland have already made headlines for decriminalizing magic mushrooms- and […]