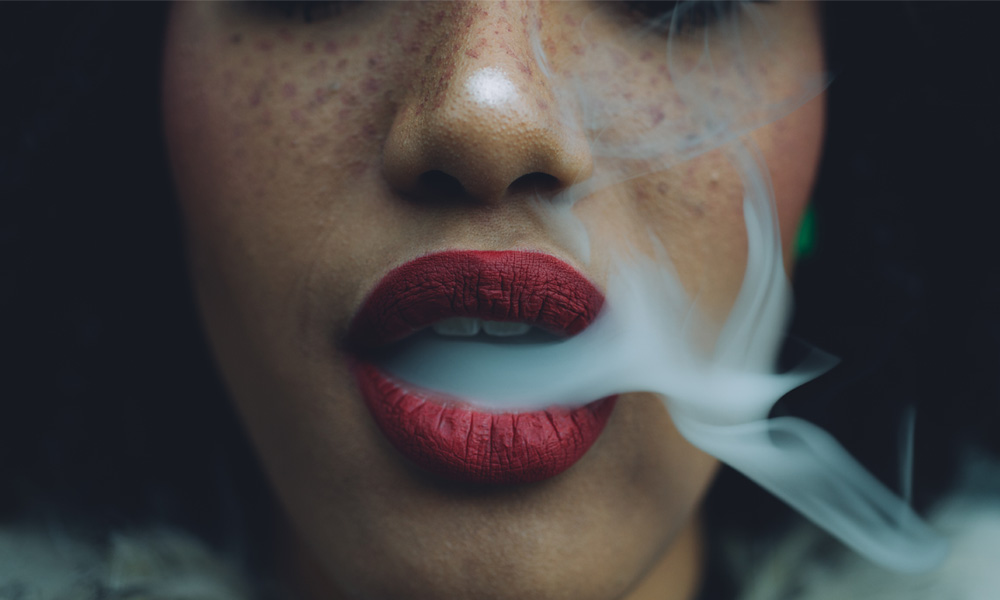 The cannabis market is far from what it was 10 years ago. Around the same time when the music industry began to embrace the digital world entirely, the cannabis industry embraced changes that, like streaming services, offered convenience to a new generation. It’s all about pre-rolls. Millennials and Gen. Zers hardly embrace the art of rolling like OG smokers. In fact, pre-rolls are becoming so popular that the state of Washington is offering free pre-rolled joints to anyone who received their COVID-19 vaccine. Though RAW papers are still flying off the shelves, many casual cannabis users are wondering where to buy RAW cones.

There was a time when learning how to roll a joint was almost a rite of passage into the cannabis community. The baby steps, from pencil rolling to hand rolling, were part of a learning process that few mastered, yet a crucial skill for any smoker. Now, with the rise of recreational cannabis in more states, every marijuana dispensary in the legal marketplace offers pre-rolled joints for your convenience.

If you don’t have the rolling technique mastered, but still want to enjoy the experience of smoking a joint, pre-rolled cones are a nice middle ground. This method of smoking is growing among young cannabis consumers, largely because it saves them time. The younger generation does not seem to be as concerned with fancy rolling techniques either. It’s all about getting the job done as quickly and efficiently as possible. Twisted to perfection, pre-rolls mean all you need to do is grind your herb and pack it in for that perfectly slow-burning joint.

The evolution from hand-rolled to pre-rolled was inevitable. Tobacco products were similarly packed in rolling papers — often with no filter — before cigarette companies revolutionized the way people smoke. Cannabis is following a similar path in making it trouble-free to light up at any time. Pre-rolled cones, whether Element, Futurola, or RAW cones, have grown in popularity alongside cannabis in the past year. While they are currently in high demand, there have been difficulties meeting the market’s needs during the pandemic.

The widespread lockdown in states across America has played a role in the surge of marijuana consumption in the legal cannabis industry. Meanwhile, there’s a shortage of pre-rolled cones. HBI, the company behind RAW and Elements, dealt with the blow at the start of the pandemic. HBI Sales Executive Niles Van Buren explained in a recent interview that while the paper itself is being processed through machines, pre-rolled cones at many companies remain hand-rolled. Unfortunately, these companies were hit the hardest when early social distancing measures forced them to shrink their staff. This caused a decrease in production while demand continued to spike. While rolling joints themselves is messy and outdated, millennials and Gen. Zers have been driving the demand for pre-rolled joints in recent years. Cy Scott, CEO of Headset, Inc., a cannabis industry analytics service that provides data and statistics to U.S. dispensaries and retailers, said that millennials are the biggest clientele in the pre-roll category.

In his opinion, it’s because pre-rolled joints are relatively inexpensive in comparison to purchasing an abundance of flower. Plus, it cuts out the process of rolling cannabis, allowing consumers to simply enjoy cannabis without hassles.

“Some of our assumptions around that are related to pre-rolls being a relatively inexpensive product; you could buy a single-pack pre-roll for pretty cheap. So, they are purchasing a lot of units of that,” Scott said during his appearance on the GreenEntrepreneur podcast.

Dog walker mini pre-rolls are bringing a sense of excitement among Millennials and professionals. The tiny pre-rolled cones were made with the intention of a quick smoke while taking your dog for a walk, hence the name. These, too, have been favorable among younger crowds, and are bound to become a staple in the cannabis community. They are suited for the casual smoker who is simply looking to take a few puffs to unwind. Many have found dog walker pre-rolled cones convenient for on-the-go activities.

Cannabis smokers are leaning further and further away from manually rolling their own joints. After all, time is money and people are trying to save both. The perks of pre-rolled cones, whether already filled with cannabis from the dispensary or made at home, are changing the way cannabis users smoke. The iconic joint paper packages probably won’t fade away in the near future, but they might end up being less common among your smoking buddies.

As we witness a shift in attitudes towards cannabis, more people are openly embracing its benefits. More states are legalizing cannabis, and discussions for federal legalization are currently underway. As pre-rolled joints continue to rise in demand, it’s more than likely that it won’t just be Millennials and Gen. Z smokers embracing their convenience, but smokers of all ages.

The post Pre-Rolls: The Next Big Trend in Cannabis Smoking appeared first on Cannabis Now.

International cannabis powerhouse Curaleaf announced on Tuesday that its Select brand will market co-branded cannabis products under a new strategic partnership with pop culture and music authority Rolling Stone. The deal will initially bring “Rolling Stone by Select” branded vaporizer products and pre-rolled joints to Nevada, with plans to expand to other regulated cannabis markets in the future.

“Rolling Stone and Select are creating a groundbreaking partnership that will showcase our next generation hardware [and] America’s best-selling premium cannabis oil while curating an exclusive relationship between music, cannabis and culture,” Select founder and president Cameron Forni wrote in an electronic message to Cannabis Now.

The new line of Rolling Stone by Select products will include Select’s newest proprietary cannabis oil vaporizer pod system, The Cliq, as well as Select’s first ever pre-rolled joint. Both product formats will feature three different “strains and flavor profiles hand-selected by Rolling Stone to celebrate some of the most well-known and genre-defining artists and sounds in music history,” Curaleaf wrote in a press release. The line includes Overdrive, berry-forward sativa; a complex and full-bodied indica known as Reverb; and a fruity, calming hybrid marketed under the moniker Phaser. The products will be distributed through Select’s wholesale partners and at Curaleaf dispensaries, including Acres by Curaleaf and Curaleaf Las Vegas Boulevard.

“Music and Cannabis go hand in hand,” said Rolling Stone president and chief operating officer Gus Wenner, noting that the company has a legacy of celebrating this connection and a history of covering cannabis policy reform efforts.

“We are thrilled to have found a perfect partner in Curaleaf who gives us the opportunity to design a product that elevates the music listening experience and celebrates the deep connection between the two.”

Curaleaf and Select made headlines in 2019 when they joined forces in what was at the time the cannabis industry’s largest merger deal in history. Today, Curaleaf operates in 23 states with 106 cannabis dispensaries, 23 cultivation sites, and more than 30 processing sites, with a workforce of nearly 5,000 in the United States. Curaleaf International is the largest vertically integrated cannabis company in Europe, conducting pioneering scientific research integrated with a unique supply chain including cultivation, extraction and production, as well as a distribution network across the European market.

“Part of my job at Curaleaf is building brands people love. Select is a brand built around the relentless pursuit of progress and going to great lengths to create the best possible experience for our consumer,” Curaleaf CEO Joe Bayern said in a statement from the company. “This is a synergy we are honored to share with Rolling Stone. They are known for having one of the most authentic and discerning voices in modern journalism, and, as part of that, they’ve included cannabis in their coverage for the past 50 years – something many other publications are only just starting to do today. We’re honored and thrilled that the Rolling Stone team believes in our vision, our products and our people to create and deliver the highest-quality cannabis products and experiences in the industry.”

Bayern told Cannabis Now in an email that Rolling Stone and Curaleaf have an opportunity to use their combined platforms to advance social equity issues including reducing mass incarceration and ensuring that all entrepreneurs, especially those belonging to communities adversely affected by the War on Drugs, have an opportunity to participate in the legal cannabis economy.

“Since our inception, Curaleaf has been dedicated to putting its best foot forward for each other, our customers and our communities. We truly believe in shaping a healthy, inclusive, well-regulated cannabis industry that provides for social, financial and environmental benefits shared by all,” Bayern said. “Throughout Curaleaf’s network and supply chain, we’re constantly looking for ways to support equal access and opportunity for communities impacted by the War on Drugs so that everyone has the chance to participate in the regulated cannabis industry.”

“As a part of that work, we engage in strategic partnerships activating programs that foster opportunity and remove systematic barriers for communities most harmed by the War on Drugs and cannabis criminalization,” Bayern said. “Regarding our partnership with Rolling Stone, we are excited to explore conversations with their CSR team around future endeavors to further advance cannabis social equity issues and bring about change in a positive way.”

Curaleaf also revealed that the partnership would launch a new retail concept inspired by “Select’s commitment to enriching communities and creating inclusive, meaningful experiences and Rolling Stone’s world class storytelling and culture-defining content.” The retail location is expected to open in Las Vegas in 2022, with further details to be announced later.