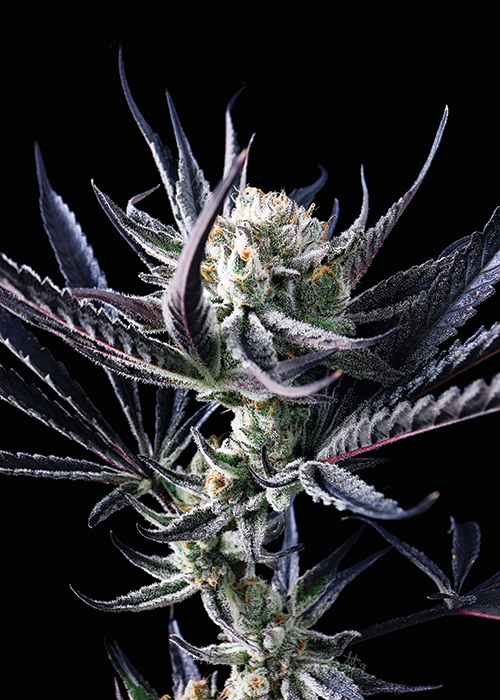 3C Farms has been providing SoCal with its classic homage to great OG Kush and a variety of other strains for essentially 20 years. After navigating the regulatory hurdles of 2018, 3C Farms now finds itself a top-shelf mainstay across the world’s largest cannabis market in Southern California after they expanded into tons of new storefronts. Backed by good genetics and a driven team, President of Sales and Director of Operations Waylon Broussard sat down with us to tell the full tale of 3C’s success.

Broussard got his earliest peek at the cannabis industry on a road trip through Northern California’s prime cultivation region in the Emerald Triangle with his dad. During this trip he smoked pot with his dad for the first time.

“That was the highest I’ve ever been,” said Broussard.

In 2006, Broussard opened Cali’s Finest Compassion Co-op with his cousin. At the same time, Bryan Schwartz founded 3C (Schwartz remains the master cultivator at 3C Farms to this day). In the decade prior to the 3C brand’s official founding with proper paperwork in 2014, the operation was essentially a medical effort.

From the beginning, solid genetics served as the core of 3C’s success — helped out by the fact that Schwartz’s cousin is Josh D of OG Kush fame.

“When Josh came back in 1996 from Florida, he brought the original OG strain over here, which is our Club 33 OG,” Broussard said. “He gave that to [Schwartz] back in 1996 and he’s been growing it in the [San Fernando] Valley ever since.”

The Club 33 is the essential representation of what people think of when they think of exceptional Southern California OG Kush. It oozes all of the flavors, aromas and impact that made the strain famous in the first place. It would be expanded upon further generations like the Enoch and Illuminati OG.

In 2014, after working together previously, Broussard and Schwartz teamed up bringing 3C under the Coast to Coast Collective flag, with the help of another co-founder Chris Malcolm, who also serves as Coast to Coast Collective’s CEO these days. As Broussard puts it, the team used Cali’s Finest Compassion Co-op’s permit to put 3C on the books. 3C and its partners now has two pre-ICO LA dispensaries with full cultivation grandfathered in. “Pre-ICO” is a special designation meaning those locations were open before the LA Interim Control Ordinance (ICO) established a temporary moratorium on opening new dispensaries in September 2007.

In this new wave of licensing, 3C has found itself able to put the product on the shelves in various new locations, but the last couple years haven’t been without their hiccups in terms of dealing with California’s regulatory hurdles.

“That’s been a challenge,” said Broussard. “I can’t say any one of us did it ourselves. The best part about that was having a great team behind 3C from our investors to our board of directors. It’s been a fun road, definitely challenging.”

One of the biggest problems has been the constantly evolving regulatory framework of Los Angeles. Broussard says it’s hard to make smart business decisions when things like packaging or testing might change in any given month as far as one knows.

Despite all the regulatory upheaval, 3C is now available in a spread of LA dispensaries. One of the big reasons behind their reach is their wide distribution of genetics bred in-house.

“We do all of our own crossbreeding, obviously,” said Broussard, again pointing to the lineage of their stock. “From there, we share genetics. I did a trade with my boy Kevin over at Moxie for their AC/DC for our Casey Jones. Our new strain A3/DC has been very popular.”

3C’s take on AC/DC comes in at a 20 to 1 CBD to THC ratio. They’ve also released AC/OG in 2018, which is a 2 to 1 ratio made from Illuminati OG crossed with AC/DC. With the current rise in CBD enthusiasm, the fact that breeders like 3C are expanding that area of the cannabis genome is essential.

Another popular 3C strain is Chardonnay. It pairs 3C’s Kraken line with Berry Noir. Broussard says the Berry Noir has a very Blackberry Kush feel to it. The Kraken lineage included Harlequin and 3C’s Conspiracy Kush.

“It’s kind of a trip for me, as to where I thought that strain came from,” Broussard said. “We ran a Phylos Bioscience test and a lot of the markings on that one would come back as a Blue Dream. So [Chardonnay has] been a really fun sativa-dominant hybrid for us, when that’s really not what we were originally going for.”

Broussard believes the success in the breeding program has come down to 3Cs’ efforts to maximize “the entourage effect,” the name for how all the plant’s cannabinoids and terpenes interact with each other to produce a complex effect on the body.

We asked Broussard if the last four
years of preparation made it easier for 3C to fight off the bigger corporate
players attempting to grab a chunk of California’s legal cannabis market.

“Definitely in brand recognition, and of course, quality,”
said Broussard. “3C Farms stands for craft cannabis cultivation. We coined that
a long time ago to remind us what we do.”

Broussard said people just need to realize there was always
going to be a place for those larger competitors, resource-wise, as the market expanded.
Broussard describes it as the same thing we see in the beer industry, with small
craft brewers surviving at the same time as larger corporations like
Anheuser-Busch.

“We’ve always gone after the craft market,” Broussard said. “It’s always indoor, hand-trimmed, hand-cured, everything we do we haven’t used any other machinery. “

TELL US, have you ever tried cannabis from 3C Farms? 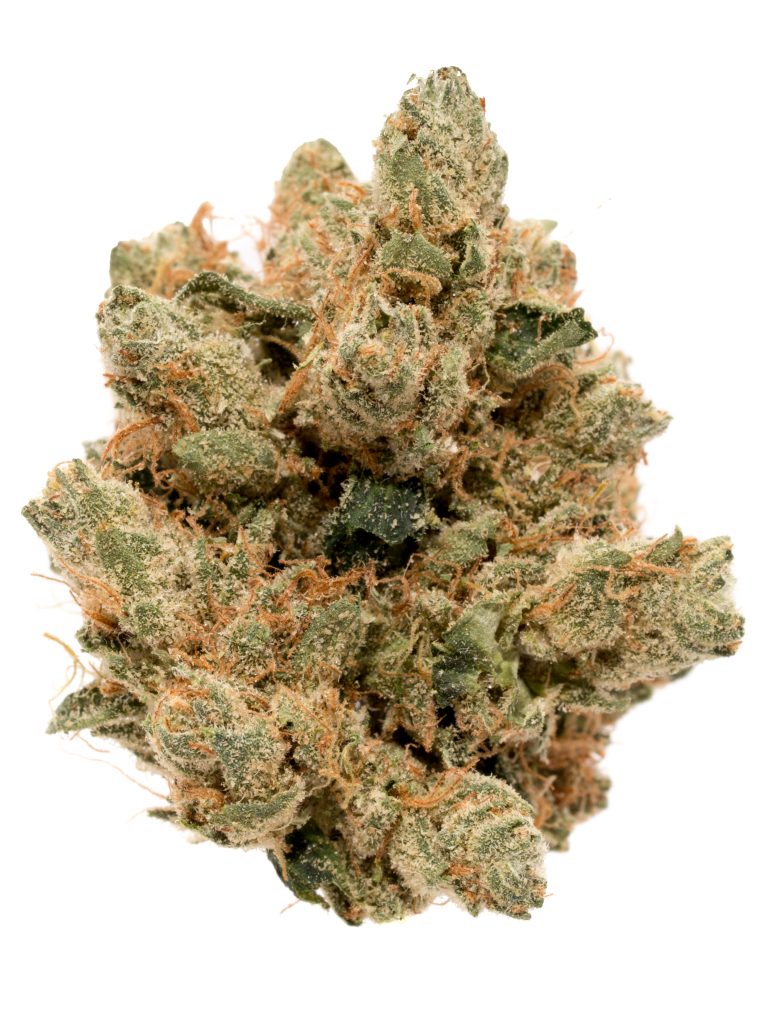 In the world of weed, strains come and strains go, but the strains that develop legacies find ways to keep giving back to weed culture over the years — OG Kush is one of those strains.

Original Kush, best known as OG Kush, is the don dada of cannabis. It’s the #1 most popular strain on Weedmaps, the reigning Strain Madness champion, and the true backbone of West Coast cannabis culture today.

OG Kush is perhaps the first strain to reach both mass popularity in the mainstream and legendary status within cannabis culture. Which is why OG Kush has been used to breed other strains that furthered the culture and industry.

We’ve rounded up seven of the strains every savvy cannabis consumer who likes OG Kush should know about.

As with most historical cannabis strains, the exact history and genetics of OG Kush are hard to confirm. Is it a Chemdog cross? Did it come from some random bagseed long ago? Did someone hike up the Hindu Mountains and pull it directly out of the ground? No one knows the What of OG Kush, all we know is the Who and Where.

Matt “Bubba” Berger and Josh D brought OG Kush to fruition. At some point in the 1990s, Bubba brought the strain to Florida from Amsterdam, and after working it for some time, he flew out to California with the seeds and gave OG Kush to supreme grower Josh D to maximize the plant’s potential. Josh D worked his magic and the rest is history.

Since OG’s birth in 1992, the strain has gained worldwide notoriety and has been instrumental in creating some of your favorite weed strains of today.

Tahoe OG will get you high as hell. Straight up. It’s top reported effects are relaxed, euphoric, and hungry, which is cannacode for “my god, you are about to be absolutely stoned.”

Tahoe OG is the most notable OG Kush phenotype, meaning it came directly from the seeds of the parent strain; it’s not a hybrid of OG Kush and something else. Think of phenotypes in terms of kittens. A litter could have 5 kits from the same parents, but for some reason they all look and act differently. The same applies to weed.

Tahoe OG nugs are flooded with orange hairs, white trichomes, and appear a bit darker and denser than the Original. Still, that classic earthy citrus smell of Kush remains intact.

Bubba Kush is probably the most well-known Kush strain not-named OG Kush. We can thank breeder Matt Berger, rappers, and pop culture for that one.

The result of accidental pollination of a Kush strain by an alleged Northern Lights, Bubba Kush is an indica-dominant powerhouse. Its top reported effects are euphoric, relaxed, and happy, so expect to be chillin’ on the couch with a full Netflix queue.

Though an OG descendant, the indica genetics in Bubba’s lineage gives a totally different look and feel. Instead of the citrusy and earthy Kush flavors, Bubba nugs give off a sweet, almost grape-like aroma that transfers into a sweet earthy flavor that many describe as a hashish taste.

San Fernando Valley Kush OG, or SFV OG, is another well-known phenotype of the legendary OG Kush. It should not be confused with SFV OG Kush, a cross of a Kush and an Afghani landrace.

SFV OG gives off a strong lemony and piney aroma that you can hear from a mile away. Ya know, cause it’s loud. Another potent Kush phenotype, the top reported effects are relaxed, euphoric, and giggly.

Like Tahoe OG, SFV can hit you with that “Wow, I am outta there” type of high that is best suited for experienced consumers. If you’re new to weed, but want to give it a whirl, maybe ease into it with a vape pen as vape effects tend to be lighter and shorter-lived than flower or dabs.

Fire OG buds kick off a complex mix of chemmy, piney, and lemony scents and appear flooded with red and orange hairs, hence the name.

Fire OG is one of the lesser-known Kush hybrids, but you’re probably familiar with what came from it: White Fire OG, also known as WiFi OG.

Headband is an OG Kush x Sour Diesel hybrid with a reputation for providing heavy cerebral effects that wrap around the head like a — you guessed it — Headband. Its top reported effects are: euphoric, focused, and relaxed.

Headband looks like the other OG strains with its green and orange-colored buds; however, the smell is more distinguished as it gives off a funky cheese scent and a little bit of a diesel undertone, showing off those Chemdog and Skunk genetics from Sour Diesel.

True OG is as OG as they come when we’re talking Kush hybrids. It was bred by backcrossing OG plants over and over until the result was the perfect indica-dominant OG Kush hybrid. Its most reported effects are: euphoric, focused, and relaxed.

True OG has a more skunky and piney type aroma than the earthy OGs before it. It’s an excellent strain to dab. The hash really brings out those super loud skunky and piney flavors followed by a super stoney high.

Out of any strain that has come from OG Kush, or been influenced by its genetics, GSC has had the biggest impact on modern cannabis culture.

Originally known as Girl Scout Cookies, this cross of OG Kush with Durban Poison produces bulbous nugs that are absolutely blanketed by white trichomes. We could get into effects, but the Girl Scout legacy goes way past consumption.

This strain is an absolute staple in California, and now you see Cookies hybrids in dispensaries all around the world. Its impact on the cannabis world is undeniable, so is the fact that it wouldn’t exist without the Original Kush.

Find hundreds of strains and where to buy them on Weedmaps Strains.