The affidavit against Todd Smith allege that he took money in exchange for guaranteed hemp cultivation licenses.
The Kansas House passed SB 158 which would legalize medical cannabis. But will the Senate also approve the measure?
If passed, SB 46 would establish a medical cannabis program in Alabama. Not the most expansive one, but it would be a start.

Now that 4/20 has come and gone, you may be feeling a little greened out. So if you’re looking to take the edge off without any intoxicating elements, consider the classic hemp preroll. Though the effects don’t hit you as hard as a hefty dose of THC, a few hits of cannabidiol (CBD) flower may loosen you up and give you a sigh of relief at the end of a long day.

Thankfully, since hemp is federally legal in the U.S., you can order CBD flower and joints in a way most convenient for you. Below, check out seven hemp prerolls made for kicking back and letting go.

Sun-grown and USDA certified organic, Friend Leaf’s CBD prerolls come with 2 grams of flower in each three-pack offering. Its Special Sauce strain delivers notes of pine and hops while lightly relaxing the body and mind.

If you regularly microdose CBD, then you may get a kick out of Alive and Kicking’s Slim Hemp Prerolls. Each mini preroll contains 0.3 grams of third-party tested whole flower hemp, so you won’t be getting any stems or pesticides here. Choose from three strains — Lifter, ACDC, and Orange Glaze — before lighting up on a breezy day.

Lit for a Queen CBD Preroll and Lighter from Her Highness

Offering a CBD preroll with an extra long filter to save your nails, Her Highness knows how to treat cannabis with a healthy dose of luxury and self-care. The preroll-and-lighter combo pack contains a single joint of Cherry Blossom flower in a cherry-blossom-flavored hemp wrap, along with a gold lighter that will last — save for the butane.

Discreet and charming, this five-pack from Dad Grass comes in a sardine packaging sleeve to throw off your friends, neighbors, and kids. Loaded with five classic hemp joints, the hits are mellow and smooth.

The post Mellow out with these 7 hemp prerolls appeared first on Weedmaps News.

If you are a concerned pet owner, you might have heard about CBD. Many people around the world use this non-psychoactive substance to keep their pets happy and healthy. However, you might not know that CBD oil can also help your cat cope with anxiety and some other issues. If your cat is aggressive, hides […]

The weed industry needs people like Mary Pryor. People that will keep it real about how twisted, corrupt, and out of balance the game has always been. Without complete truth about the lack of funding, the difficulties of licensing, and the constant fight for social justice, there will never be any real progress made towards correcting all of the issues brought on by the failed War on Drugs.

“I don’t think I’m the shit; I don’t think I’m killing it; but I do think that I talk about how there’s not a lot of Black and brown presence in [the cannabis industry], in a way that’s alarming, hopefully inspiring,” Pryor told me during a recent Zoom interview.

Pryor is the co-founder of Cannaclusive, a collective aimed at facilitating fair representation of minority cannabis consumers. She’s also a co-founder of Fit For Us, a non-profit aimed at highlighting minority professionals in the health and wellness industry space, Breaking Bread NYC, a non-profit focused on food scarcity, Cannabis For Black Lives, a non-profit coalition of white-owned companies aimed at putting dollars behind Black and brown employment and organizations in the cannabis space; and The National Cannabis Industry Association. Additionally, she works as the Chief Marketing Officer for Tonic CBD, a CBD skin care line. By the time this article is published, she’ll probably have two or three more jobs added to the resume, that’s how dedicated she is to creating paths for Black and brown folks in a world that continues to try to erase us.

When asked why she chose to enter the cannabis industry in the first place, Pryor said, “I got into it from a health perspective. I have [Crohn’s Disease], cannabis provided a lot of relief for me.” Being an advocate for the plant caused her to look at the legal industry surrounding it and wonder why none of the people in power looked like the people sitting in jail for being involved with the exact same product. “I realized that there weren’t enough Black people in an industry that felt pretty Black in my experience. So I was really into the idea of talking about that and uplifting [Black and brown people]. I didn’t know it would lead me all the way to where I am now.”

Pryor’s most known for her work with Cannaclusive, who’ve always worked as vocal advocates for minorities in the sector, lobbying for social equity every single time a new state legalizes cannabis. Lately, they’ve been doing consultations with some of the bigger companies in the industry — those who do absolutely nothing to help support communities most harmed by the laws that allow themselves to grab a slice of the billion-dollar cannabis pie. “We are transitioning into doing more inclusion support, diversity support, and marketing support for people that know that they need to have a more authentic relationship with Black, Indigenous, People of Color.”

Cannabis has been a huge part of Pryor’s life and work, here are five cannabis products that she can’t live without.

Congo Club is a Black-owned cannabis company founded by Amber Senter. It’s gotta be some fire, because I’ve had random people asking me where to find it way before Pryor even told me she loved their Congolese Red.

Answer: you can get these at Sweet Flower dispensary, a Los Angeles-based chain of dispensaries with locations in the Arts District, Studio City, Westwood, and on Melrose. It is owned by another co-founder of Cannabis For Black Lives, and they feature a social equity shelf that makes it very easy for you to support minorities in this space. They’ve also donated $175,000 to organizations aimed at uplifting communities.

Founded by Brittany Carbone, Tonic CBD is the first woman-owned hemp vertical in New York State. “We have two amazing skincare products that actually work for people that are melanated, as well as other skin types,” said Pryor.

Those two products are Tonic’s Outer Space Renewal: Face + Body Oil and Outer Space Body Butter. Both are made with a combination of CBD and CBC, a minor cannabinoid that Tonic suggests is helpful for managing acne due to its anti-inflammatory qualities and ability to suppress excess lipid oil.

Cann is a microdosable brand of infused beverages that Pryor drinks on an everyday basis. CANN’s tonics are made with 2 milligrams of THC, 4 milligrams of CBD, and come in a wide variety of flavors, including Lemon Lavender, Blood Orange Cardamom, and Grapefruit Rosemary. Pryor’s favorite is Cranberry Sage, their seasonal flavor that drops around wintertime.

Additionally, CANN puts their money where their mouth is by prioritizing social justice. “The reason why I mess with CANN is that they support marginalized communities and marginalized efforts. And they do their best to educate their audience on more than just the fact that they’re a good product with a nice design and really really delicious.”

Currently sold out, their Essential Gift Box includes a laundry list of products including the Cannabis Is Medicine desk plate, a deck of cannabis affirmation cards, their full spectrum hemp bath salts, and many other lifestyle-focused products.

Keep an eye on the Shop Black Dragons website for restock updates.

What is Delta-10 THC? Here’s everything you need to know about an oft-overlooked compound.

The Canadian province of British Columbia (BC) is well known for its cannabis, once infamously coined BC Bud. For the most part, the province is still home to some of North America’s highest quality cultivars of cannabis. Will research and development allow BC to jump ahead with its cannabis reputation? BC Bud booms – climate […]

The post We’ve still got it: BC continues to be at the forefront of cannabis research appeared first on Latest Cannabis News Today – Headlines, Videos & Stocks.

In The Once and Future Canadian Democracy, Canadian scholar Janet Ajzenstat writes, “It follows that true Canadians will favour gun control as a matter of course. It’s in keeping with our identity. But think! What about those opposed? Are we supposed to regard them as less than fully Canadian?”According to Justin Trudeau’s Liberals, the answer […] 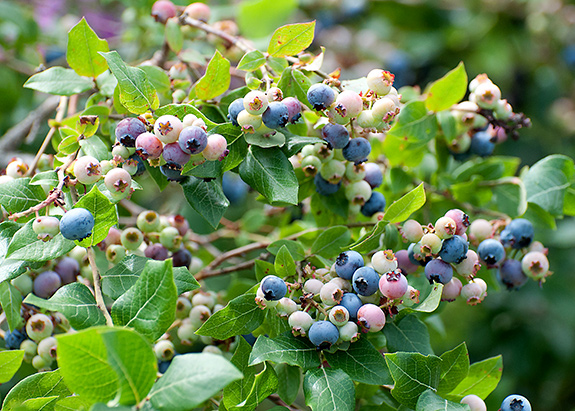