An Australian cultivator claims that his growing of cannabis should be allowed for research purposes.

It is a topic familiar with any advocate if not caretaker in every jurisdiction where cannabis is on the edge of becoming legit (and for any purpose). What role does the “informal” researcher play in advancing knowledge about the drug—particularly if the investigation is not tied to any kind of formal program?

This idea has been put to the test lately in Queensland, Australia. Joshua James Waldron, caught with 18kg of cannabis in his property when searched by the police a year ago last September, pleaded for leniency as well as guilty at his recent sentencing.

Waldron told the Brisbane court that he cultivated his stash for medical purposes, gave it away to patients rather than selling it and was engaged in “phenotype-selection process” to create stable plants.

Despite the noble intent, Waldron pleaded guilty to one count each of producing and possessing dangerous drugs at trial. The crown prosecutor not only referred to the “sophisticated” property and setup, but the defendants decided lack of remorse in breaking the law—he admitted to continuing to supply medical cannabis to literally hundreds of people despite prior convictions for similar offenses.

The Fate of Advocate Growers During Legalization

This is not a story that is heard as often in North America anymore, particularly as the industry mainstreams at minimum at a state level, but it is not that long since there have been similar cases. Perhaps the best-known recent, national case in the U.S. is the Harvey family, who is facing down federal drug charges. Washington State legalized in 2014, which ended up splitting the legalizing industry away from patient growers.

In Europe, such advocates are still also facing jail—the most recent, high-profile case being Albert Tio, who was prosecuted in Spain for organizing the club movement and lost his appeal at the European level. In Germany, patient growers are also still being prosecuted, including with jail time.

The idea of the advocate-cultivator-investigative cannabis scientist is not one that has so far caught on in any legalizing market. Certainly not officially.

The Need for More Cannabis Trials

Despite the home-grown nature of Waldron’s scientific efforts, the reality driving such activism is that there have not been enough medical cannabis trials—anywhere. Furthermore, patient access, just about everywhere, is one of the biggest issues in every country where cannabis is becoming legal, even for medical reasons.

What is further complicating the overall picture is that formal medical trials, accepted and developed by the pharmaceutical industry, are expensive and largely out of the purview of the “average” sick person seeking such treatment on a regular basis—particularly for people with rare conditions. Cannabis has largely been left out of the development of the formal pharma industry, which developed, largely as the plant was being demonized during the 1930s.

In the meantime, patients are being largely left out of the equation, particularly if they are poor or have rare conditions, and cannot get formal medical care.

The Role of the Advocate-Cultivator

One of the most intriguing aspects of modernizing the cannabis trial equation is the use of technology to create hybrid programs. In the past (for example during the AIDS crisis) the legality of cannabis as a medicine drove compassionate programs and the experimentation that existed out of the rare formal medical trial.

In the legalizing medical and hybridizing markets of Europe (see Germany, France, Switzerland, Luxembourg and Portugal) as well as the UK, governments are beginning to set the parameters of the trials that have existed here since 2017.

These, however, resemble more traditional pharmaceutical trials—namely because they must.

One of the more interesting national experiments beyond Europe may create a more open paradigm, depending on how successful the program is. In Thailand, alone of legalizing countries, local farmers are cultivating crops for medical dispensation in local hospitals. This appears to be the first and only country trial where this is the case.

Until the idea of this paradigm spreads, or is allowed to, there will continue to be experimentation by patient advocates. And until there is either recognition of the legitimacy of this model, potentially with accepted procedures which create a scientific basis for the same, the fate of such informal experimenters very much hangs in the balance of the flavour and acceptance of cannabis by the legal system.

Michelle Walker, patient advocate and director at Mothers Advocating Medical Marijuana for Autism, speaks with host Jordan Wellington about her journey as a cannabis activist and the work she’s done to change medical cannabis policy for the better in Colorado, Texas, and on the national level. Produced by Shea Gunther. 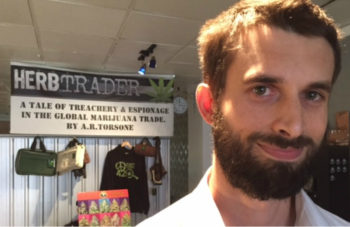 An outspoken Halifax medical marijuana advocate and shop owner is now facing more charges after a raid of two cannabis dispensaries last month. Halifax Regional Police say Christopher Enns turned himself in Wednesday morning. The 34-year-old from East Chezzetcook is facing charges of possession of cannabis for the purpose of distributing and selling, possession for the use in production or distribution of illicit cannabis, and possession of property obtained by crime. – Read the entire…
More User Photos…