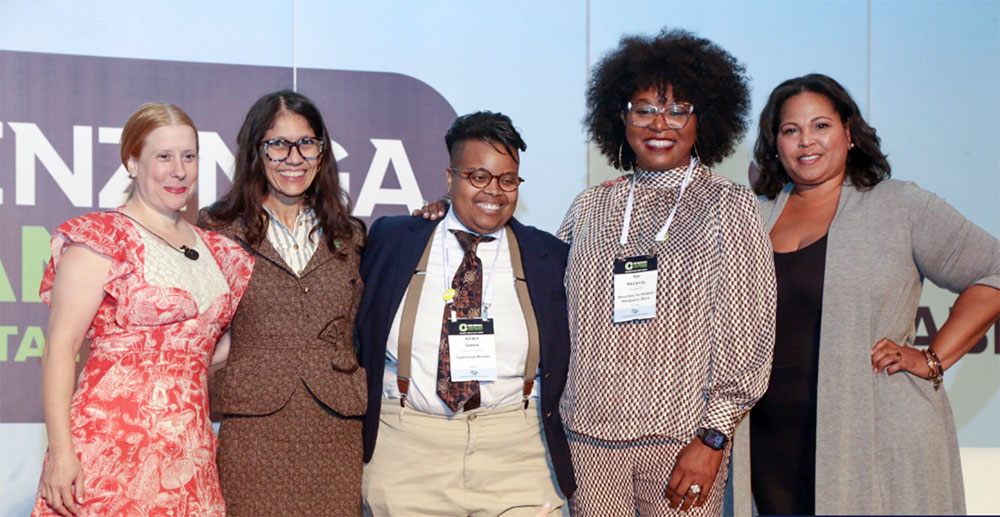 Social equity, preferably known as equity empowerment, was the name of the game at the 15th iteration of the Benzinga Cannabis Capital Conference (BCCC), which took place at the Palmer House Hilton in Chicago on September 13 and 14.  Adult-use cannabis consumption, possession and sales of cannabis products are legal in the State of Illinois.

Through the BCCC series, Benzinga “strives to put a spotlight on the conversation surrounding social equity via panel discussions with organizations that are combating inequality in the cannabis industry, individuals who have been adversely affected by the War on Drugs, and policymakers who are leading the charge on writing legislation to undo the impacts of prohibition,” according to the company event’s website.

​Keeping in line with that mission, Benzinga offer​ed​ discounted conference tickets to owners of marijuana businesses​ that​ have received state certification for their social equity initiatives.

Additionally, Benzinga offers scholarships for women and minority-owned businesses. To that end, the company partnered with organizations, including WomenGrow, and Minorities for Medical Marijuana, to showcase their associates on Benzinga’s conference stages and in the exhibit hall.

One of those presenters included Amber Senter of Supernova Women. Despite suffering from Lupus, Senter leads the charge via her 501(c)3 nonprofit organization to empower BIWOC to become self-sufficient shareholders in the cannabis and natural plant medicine space through education, advocacy, and network building.

Apart from the strong representation of female brands, Benzinga also welcomed more than 150 speakers from top-performing cannabis companies. Three executives of Tyson 2.0, including the legendary heavyweight boxing champion himself, landed on the roster. While retired from the sport, Tyson is now a regular on the cannabis conference tour. During his press conference in the expo hall with former iconic WWE superstar Rick Flair, the latter said, “I love being relevant; and being in marijuana keeps you relevant.”

Benzinga’s VP of Events, Elliot Lane, is pleased with the level of participation from all avenues.

“Chicago was our 15th iteration of the Cannabis Capital Conference and second this year,” he said. “The turnout of industry executives, investors and media was overwhelmingly positive, and the response from our attendees has been glowing.”

Of special note were the first annual Benzinga Awards. “Finding the best of the best in cannabis is no easy feat, but someone has to do it. So, we assembled a panel of high-level judges to help us determine who are the people and organizations driving the cannabis industry forward,” said Chief Zinger Jason Raznick.

According to Benzinga, the awards celebrate new, creative, innovative and outstanding people, solutions and companies in the cannabis industry.

The winners of this year’s Benzinga Awards are as follows: